Earlier in the spring when we had gorgeous summer-like weather, I had the good fortune of a Vancouver Island getaway.  My wife had school-related stuff to do on the Island, so I got to tag along for a week.  I had never spend that much time on Vancouver Island, but it was a real treat.

It started off with an up-island tour starting in Courtenay.  I’ll talk more about Courtenay later.  My photos actually start with a trip through the small, but scenic towns of Fanny Bay and Qualicum Beach.  These towns are along the Old Island Highway that runs along the east coast of the Island with occasional vistas of the Strait of Georgia. 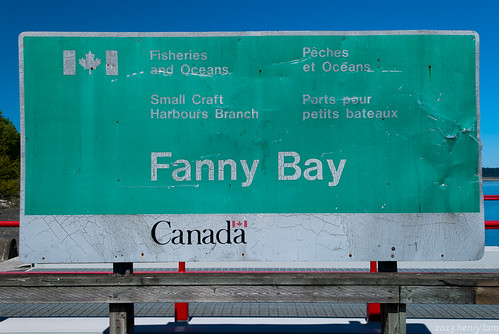 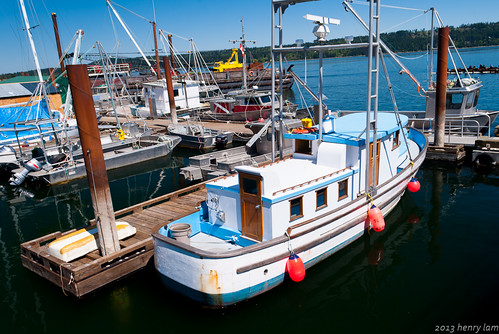 I didn’t think about it beforehand, but I know the Fanny Bay name because of the famous Fanny Bay Oysters.  I must have seen it on a menu somewhere.  Fanny Bay is definitely not big by any stretch of the imagination.  I think it has two and a half things going for it. 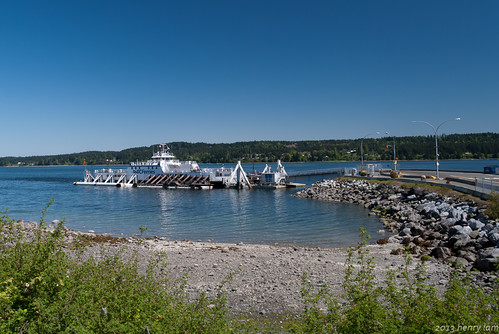 The first is the ferry to Denman Island.  In fact, the Fanny Bay Oysters company has a tiny store right by the ferry terminal and behind the gas station.  So the ferry dock brings some activity into town. 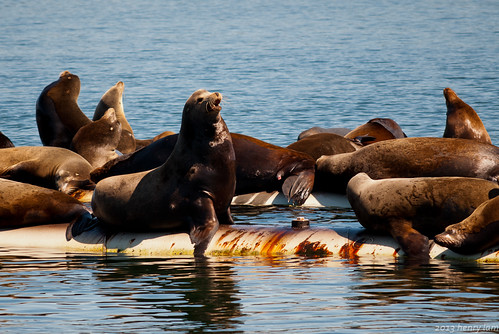 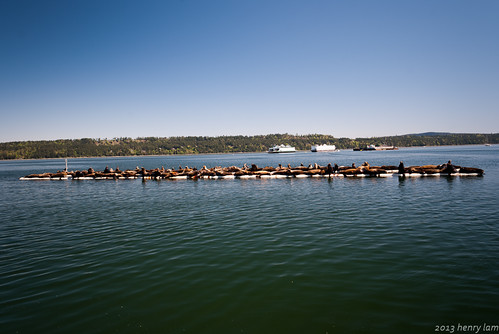 The second is that Fanny Bay seems to be the destination of a large herd of sea lions.  You can hear them up from the highway.  When we were down on the dock taking a closer look,  a cyclist on his way to Vancouver via Victoria stopped by because he had heard the sea lions from faraway.  These sea lions just never stopped with their barking or whatever you call it.  It was quite a sound. 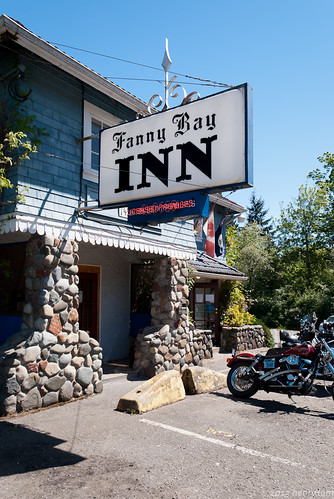 Then the half I mentioned is the Fanny Bay Inn. It was recommended to us by the Fanny Bay Oyster Company Store, but it felt more like a pub than a restaurant.  Sure.  They had oysters, but it wasn’t really much to write home about. However, we felt obliged to have actual Fanny Bay oysters in Fanny Bay.  I later found out from a colleague in Courtenay that the Fanny Bay Inn is known as a popular biker destination. I see… 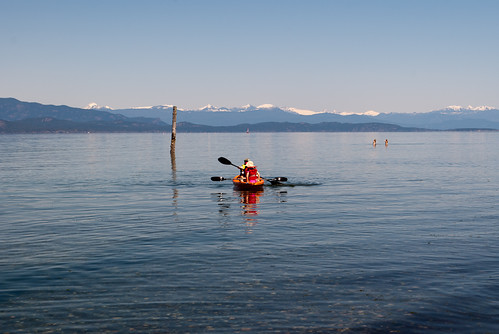 We made our way south to Qualicum Beach from Fanny Bay.  The stretch of highway along the beach was really busy.  There were parked cars on both sides of the highway.  It was a sunny and hot Saturday, so families had driven there from all over the region.  The beach was beautiful and bustling.  Kids were playing on the water.  The beach stretched on either side of where we stood. The curve of the beach made it seem like it was cradling in its arms. 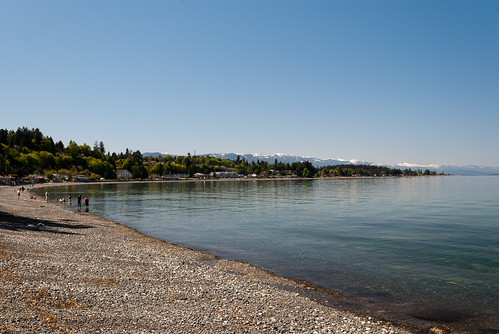 We even drove up to the actual Qualicum Beach town centre uphill from the beach.  There was almost nobody there except for the Qualicum Foods supermarket there.  It felt like the town of Seahaven from the movie The Truman Show with Jim Carrey.  It was very small town and felt almost Disney-like in quality.

Fanny Bay and Qualicum Beach were just two of the places I visited during my week on Vancouver Island.  More to come.