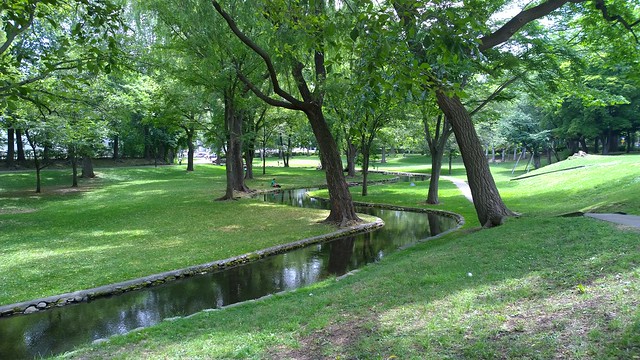 The university is full of trees, shrubs, and all sorts of greenery. There are a few ponds and a tiny creek that also flow through the campus. It reminds me a lot of how North American universities are set up with large open spaces. Many of the buildings dated back to the late 19th and early 20th Centuries. I keep finding North American influences in Sapporo and Hokudai has plenty of those influences. A couple of the campus buildings look like they came out of the Old West. 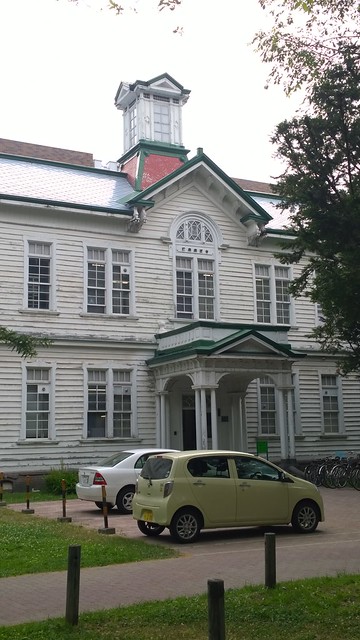 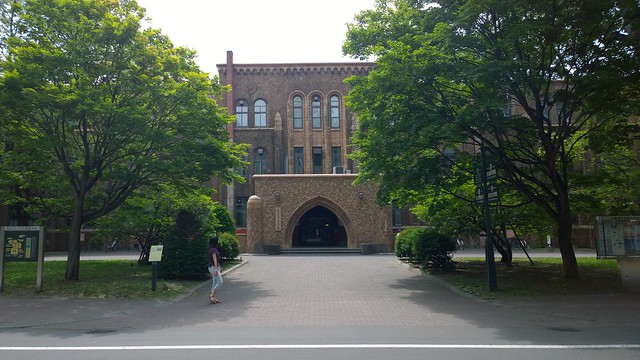 Our primary goal for visiting Hokkaido University this day was, oddly enough, to have lunch. One of our travel books actually recommends travelling readers to visit the cafeteria on campus to sample a bit of university life in Japan. Thankfully, the cafeteria doesn’t discriminate visitors from students for food. Although, the students obviously had special meal cards that they used to pay. Also, the cafeteria had plenty of English for foreigners to read if they didn’t understand Japanese. 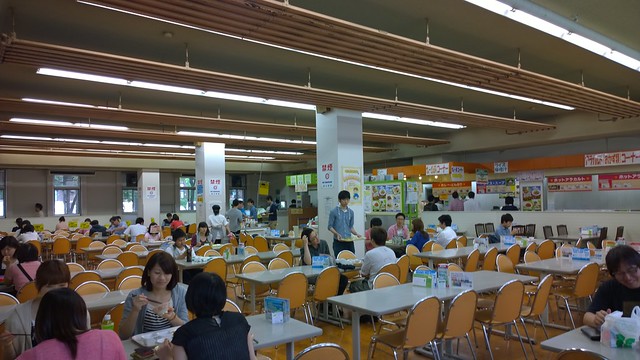 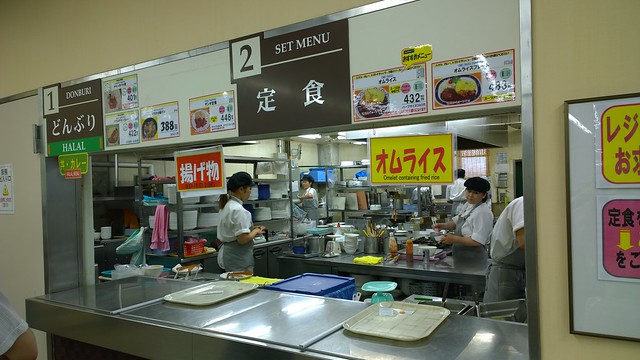 So with a student meal also comes student pricing. I think my omelette rice (better known as “omurice” in Japan) was a shocking ¥432! There’s actually quite a bit of variety of dishes available at the cafeteria. My wife had a set meal with soba, egg, daikon, and fish. Our classmates that came with us got soup curry and Japanese curry rice. Yum yum! 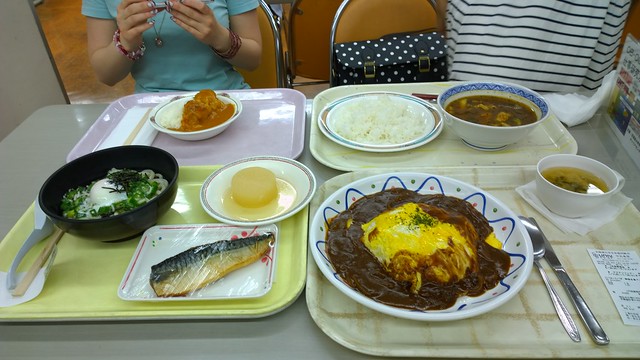 After lunch, we wandered the campus more. We ended up bumping into an elderly Japanese gentleman who kept talking to us non-stop as we were trying to follow a group of cute ducklings beside a large pond. We actually saw him again later chatting another pair of foreigners. More importantly, the ducklings were so cute! 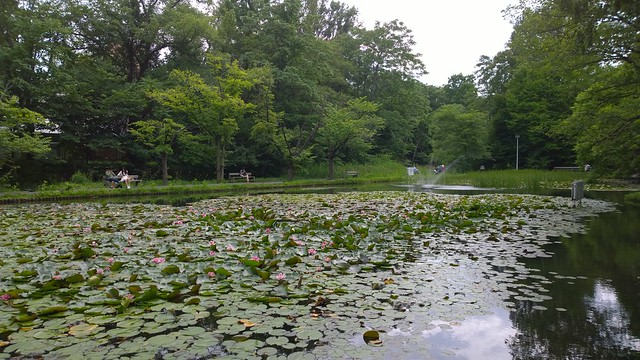 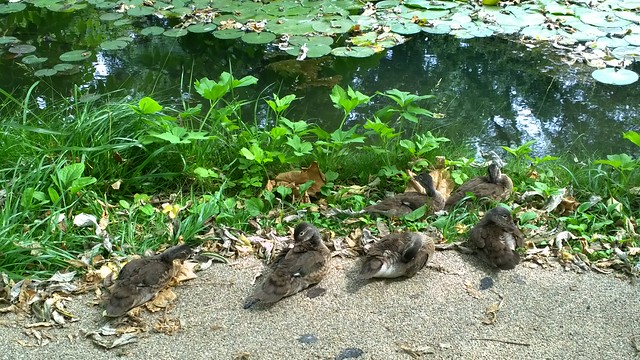 We continued our walk around the campus for another half hour or so. We came across a few things. There was the monument to the invention of the artificial snowflake. Yep. This little known invention was performed at Hokudai. 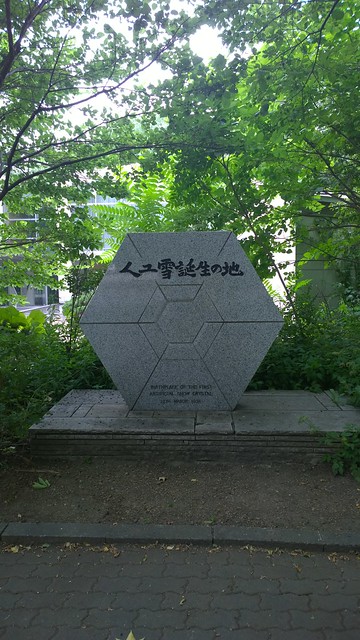 The university holds an annual Ms. Hokkaido University competition. I’m not entirely sure what the contest entails, but the posters were plastered everywhere around campus. Also, note that it’s “Ms.” and not “Miss” in the contest name.

There are a lot of, a lot of bicycles on campus. We got caught up in the rush between classes during our walk while students were busy breaking speedwalking and cycling records as they traversed the campus. When the rush was over, we came across one of the larger bicycle parking areas. Look at all those bicycles all neatly stacked side by side. 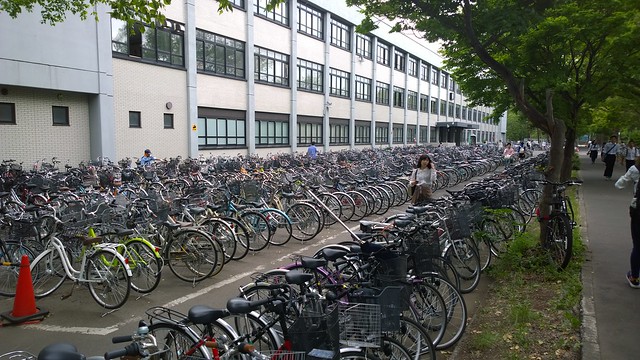 It was fun to visit Hokkaido University and get a glimpse of what collegiate life in Japan is like. It’s not the same as actually taking classes, but the walk around campus was very pleasant. Thankfully, the campus is very green and filled with lawns and trees everywhere. Sapporo is probably one of the greener big cities in Japan. Also, a walk around campus can turn up little odd gems, like the student newspaper box below. Watch your fingers. 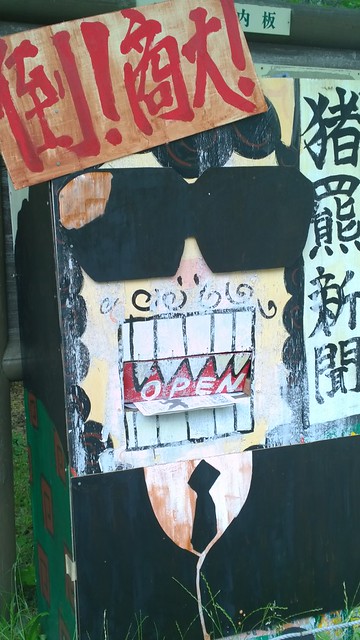