Over a month ago, I had the great pleasure of travelling to Paris for the first time. It was a big milestone for my wife and I. I wanted to travel somewhere I always wanted to go. I had been in Europe on a band tour when I was a teenager. So I had always wanted to go back. Paris was a great place to reacquaint myself with Europe.

We flew Air Transat direct from Vancouver to Paris. It’s cheaper than a direct flight on Air France. It’s also way better than taking two flights via Toronto or Montreal with Air Canada. Air Transat may be a charter airline, but it never felt like it. The seats were comfortable and the service pleasant. The only “charter” feel about the flight was arriving at Charles de Gaulle’s Terminal 3. CDG’s Terminal 3 is specifically for discount and charter airlines. The plane stops on the tarmac and you have to take a shuttle bus into the actual terminal building. Apart from that, nothing about the flight felt “charter.” 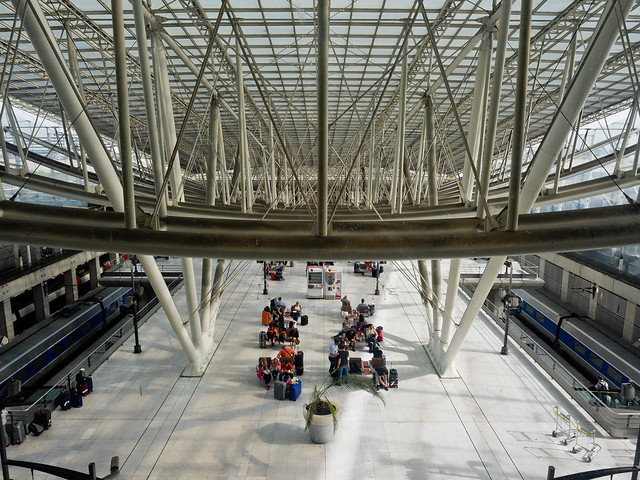