The next day, my back was still in pain, but the brace helped to limit the pain a bit. This Sunday morning, we’d be heading to church. More accurately, we were heading out to the first of our several cliché sightseeing destinations – Notre-Dame de Paris. 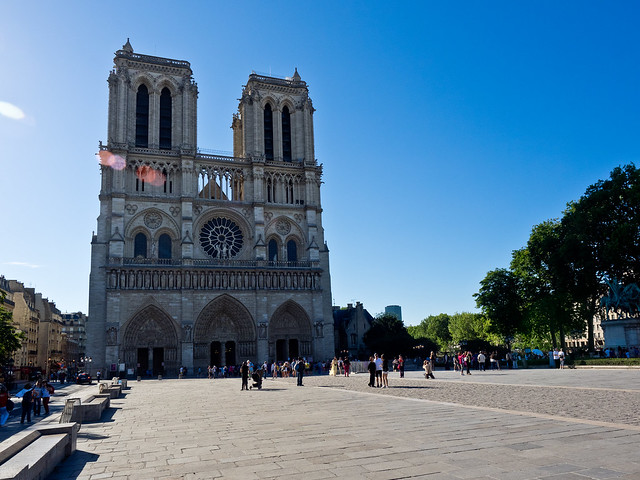 That meant hopping on the Metro again and disembarking this time at Cité station on Line 4. This is the one Metro station that is on Île de la Cité and it was the station closest to Notre-Dame. 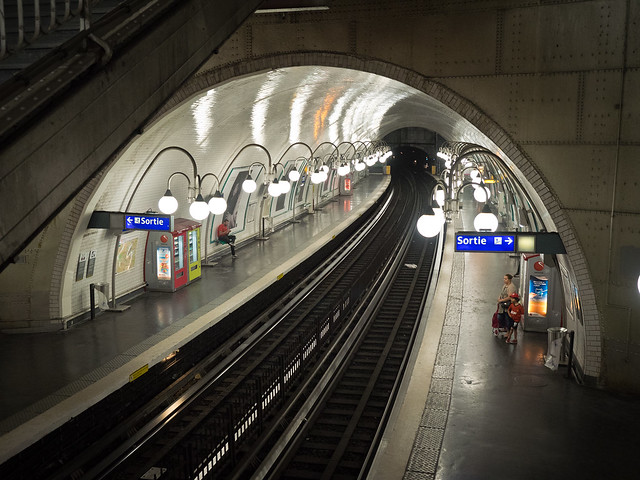 We went topside and walked over to Notre-Dame. We were prepared to meet an onslaught of pickpockets disguised as teen girls doing English-language surveys. We saw a few, but it wasn’t like hoards of young girls looking for your attention (and wallet). We went right into the chapel and did a quick once-around the sanctuary. 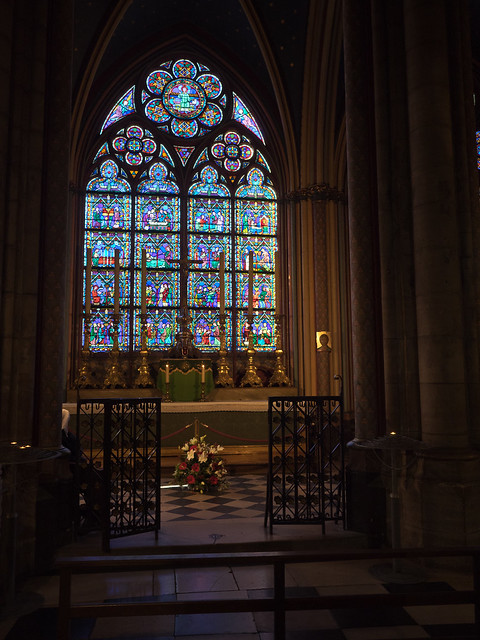 Since it was Sunday morning, mass was in session. In fact, as we neared the centre of the cathedral, Communion was taking place. Some allowed the priest to directly place the Communion chip onto their tongue. Others took the chip offered into their hands instead. 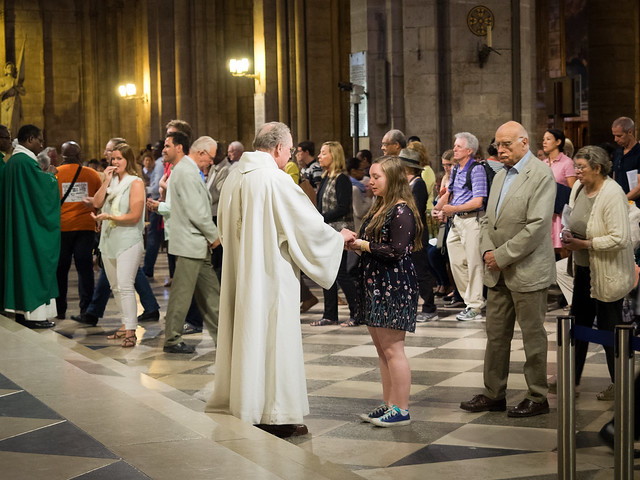 After our brief visit inside the Cathedral of Notre Dame, we walked around the perimeter of the church and found the dusty garden in the back. We went back to the front via the north side of the cathedral. The street on this side was lined with souvenir shops that were slowly creeping to life late on this Sunday morning. 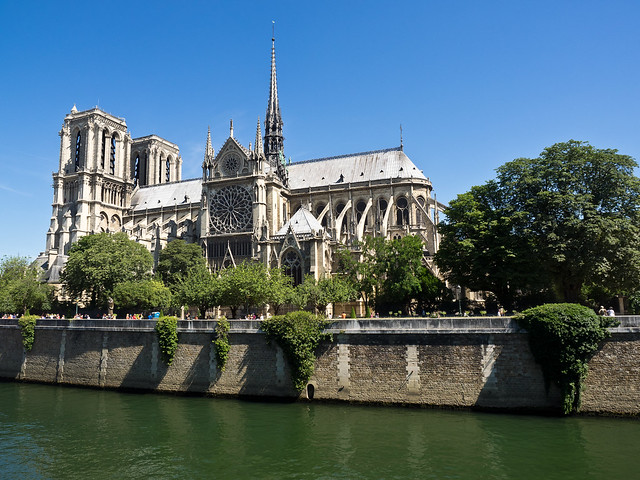 There was also a very long queue forming along the north wall of the church. This was the line to go up the towers of the cathedral. The towers weren’t even going to open for another hour, but the queue almost made it’s way along the whole length of the church. The towers were not high on my list of things to do. So we decided to bypass this particular site, even though it was included on our Paris Museum Pass. 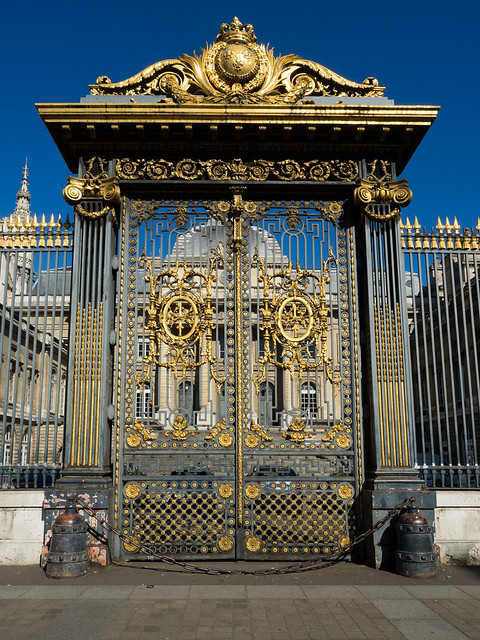 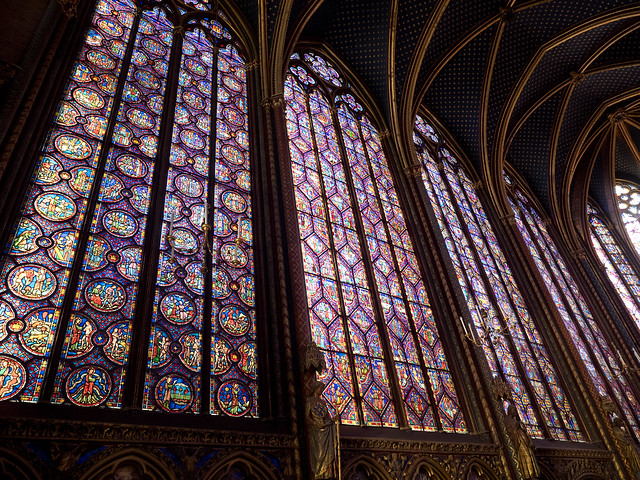 There is a tiny chapel with a very low ceiling at ground level. However, the real masterpiece is on the upper level where the ceiling literally reaches for the heavens and the walls are almost floor to ceiling stained glass. It is a beautiful sight to behold and take in. 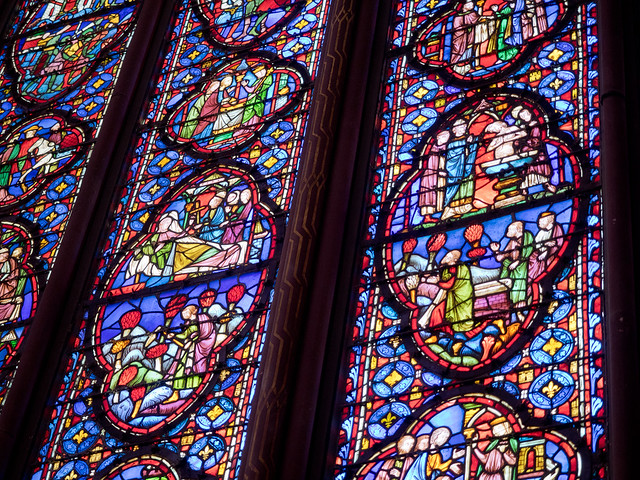 The chapel’s footprint is not particular large nor wide, but it’s height is impressive. It turned out to be worth the half hour wait outside to gain entry. Thankfully, the Paris Museum Pass covered us for entry and allowed us to bypass the ticket window since our admission was already covered. 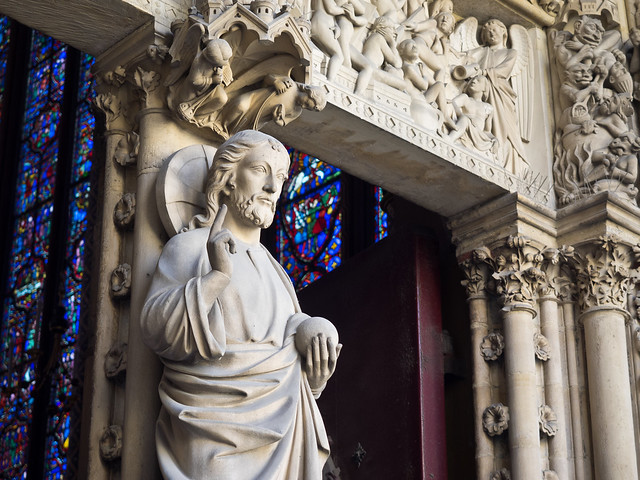 From the little terrace that is accessed from the upper level, one can find some very intricate carvings in and around the door. At the centre of it all is a statue of Jesus occupying the centre column between the two doors.

The Cathedral of Notre-Dame and Saint-Chapelle on Île de la Cité were only the starting points of our 4-day marathon sightseeing. More to come.