After a morning on the Île de la Cité, we went in search of some food along the Left Bank. We crossed the bridge over to the Left Bank and was greeted with many closed shops and restaurants. It was still somewhat early on a Sunday morning. Not to mention France is mostly famously closed on Sundays. No matter. We pressed on in hunger.

The striking Fontaine de Saint-Michel greeted us on this side of the Seine. A grand fountain dominated the quiet Sunday morning intersection. However, there were plenty of tourists milling in front of fountain taking selfies complete with selfie sticks. Even though the fountain is tourist draw, it is also a great public amenity. If a grand fountain like this one were to grace the corner of some Vancouver intersection, that would be a great public space. Yep. I’m experiencing public space envy here.

We wandered around the restaurants in the area, but didn’t see anything we really wanted to eat. We headed in the direction of one of our checklist destinations – Shakespeare & Company. 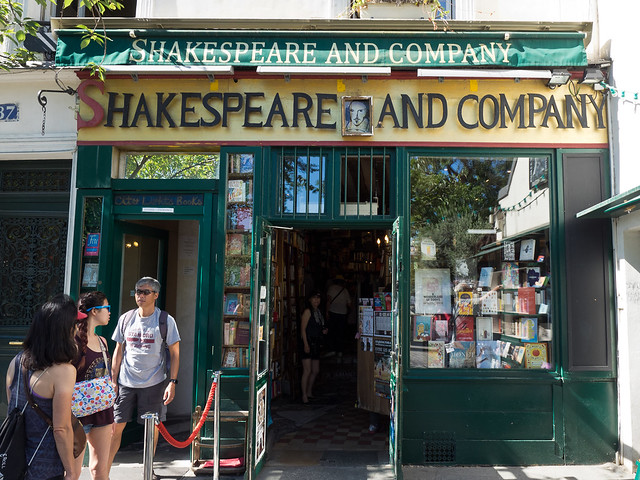 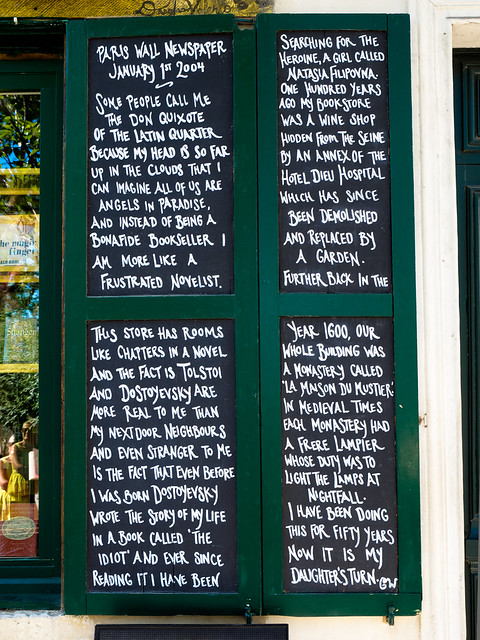 Books line almost every inch of wall and staircase. Rooms are purposely segregated to give the sense of exploration and encounter each time one walks into another space. A cozy reading space on the second floor looked like a great place to crash on a rainy Parisian afternoon and lose oneself in a novel.

We walked down the street and came across a little coffee shop that served coffee (of course), breakfast, and art. The lady at the cafe greeted us as we milled about outside deciding whether or not to go in. We were pretty hungry by this point. So we stepped in and took a seat.

This was the Aux Arts etc… Gallery & Cafe. I don’t know if it was my jet lag, but I found that even though the Parisian food portions are relatively small, they are surprisingly filling.

From its name, you’d expect there to be art on the walls and, yes, there was definitely art on the walls. The pieces that grabbed my eyes were the photographs. We suspect that the lady we talked to was one of the photographers. I perused some of the prints for sale. €75 for some of the smaller prints was a little too much for me, but I think if money were not an issue, I would have snapped up a print or two.

There was a father with his young son in the cafe, as well. They were chatting up with the lady who had greeted us and a young Australian woman. Apparently they had come from Hawaii. The one line that the young boy said stuck with me – “Every one comes to Hawaii for vacation, but we leave Hawaii for our vacations.” Well said. 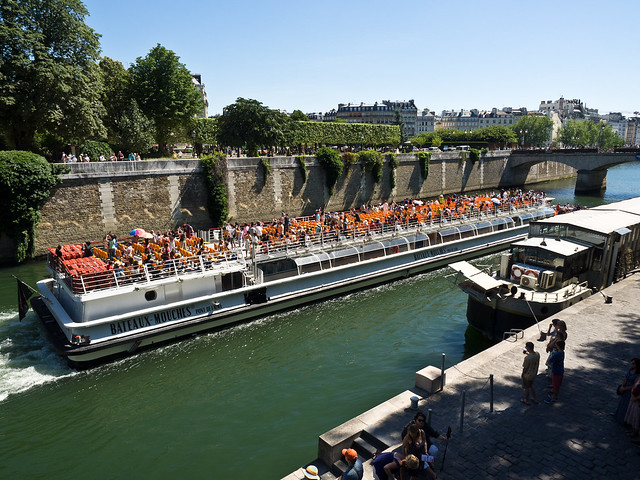 We continued along the Seine and saw the famed Bateaux Mouches carrying paying customers along the river to see all the sights. There were also a few houseboats moored along the Left Bank of the river. I wonder if any of these were Airbnb rentals.

Further along, we arrived at the Pont de l’Archevêché. This is Paris’ famed lovers lock bridge. There were plenty of locks, but probably not much space left for new ones. Another lovers lock bridge was at Pont des Arts, but a part of the bridge fell off under the weight of the locks in 2014. I wonder if a similar fate would ever fall upon this particular bridge. 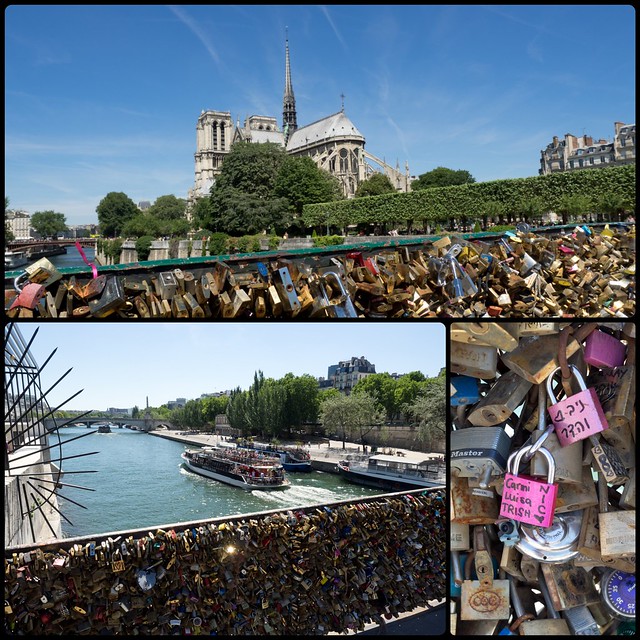 From the Pont de l’Archevêché, we walked onto the Île Saint-Louis. This tiny island is a very well-preserved island of typical Parisian dwellings. It was Sunday. So there were only really tourists milling about. We walked into some neat stores, like Pylones, that specialize in little designer Parisian-themed gifts. 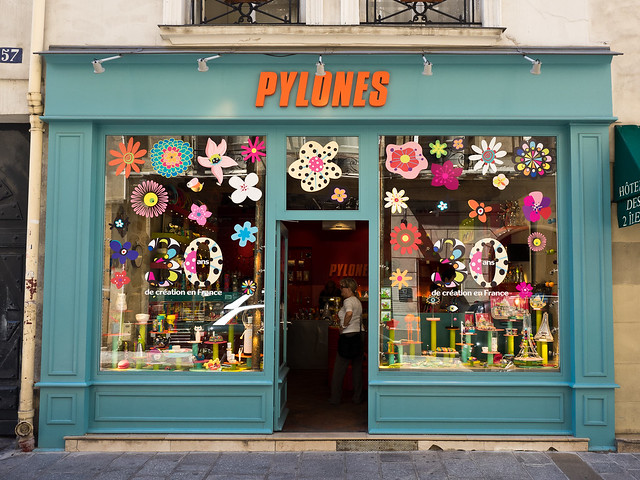 However, my real reason for coming to Île Saint-Louis was Berthillon. Glacier Berthillon is a famous ice cream shop with it’s unique sorbet-like ice cream. I didn’t realize that Monsieur Berthillon had more than one location in the area. It’s like he took over a collection of storefronts in the middle of Île Saint-Louis. It was really busy this Sunday afternoon and we were probably all tourists lining up for ice cream. 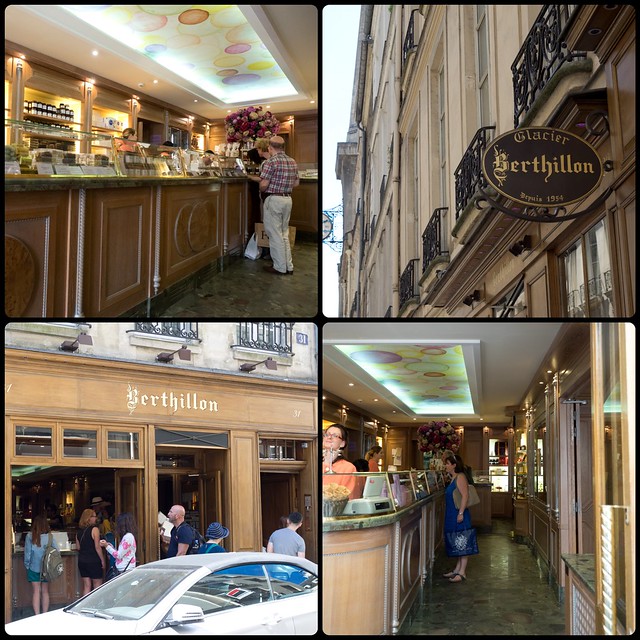 After filling up and cooling down with ice cream, we made our way back to the Left Bank and further away from the River Seine. We were making our way towards the Pantheon.