June 28, 2015 – After the Avenue des Champs-Élysées, we went on a very long walk. We walked down to the Petit and Grand Palais. Then we continued across the Pont Alexandre III to the Left Bank. It was still somewhat early in the evening and our legs felt they could go further. Before we knew it, we were walking towards the Eiffel Tower. It wasn’t our plan, but we thought we’d go since we had time and energy. 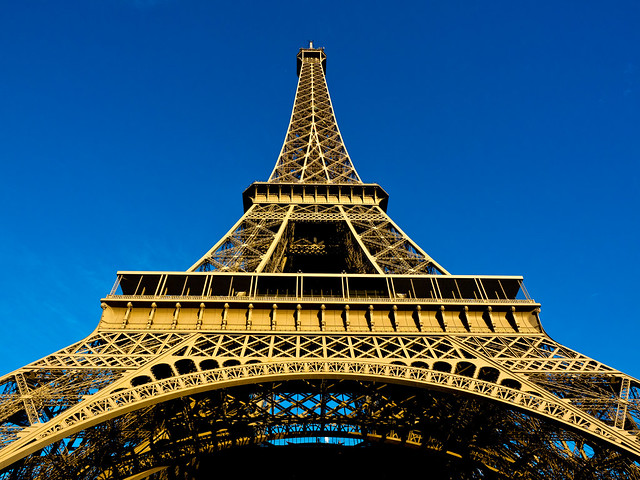 Our unexpected visit on this sunny Sunday evening meant seeing a very busy queue at all pillars of the Eiffel Tower. We considered going up, but the security guards pointed out that we were not allowed to bring large glass items up. We were still carrying the water carafe that we had bought at Kusmi Tea. The guard suggested we could leave the carafe at the guest services desk, but we didn’t want to risk losing it. So we gave up on our opportunity to scale the tower this evening. 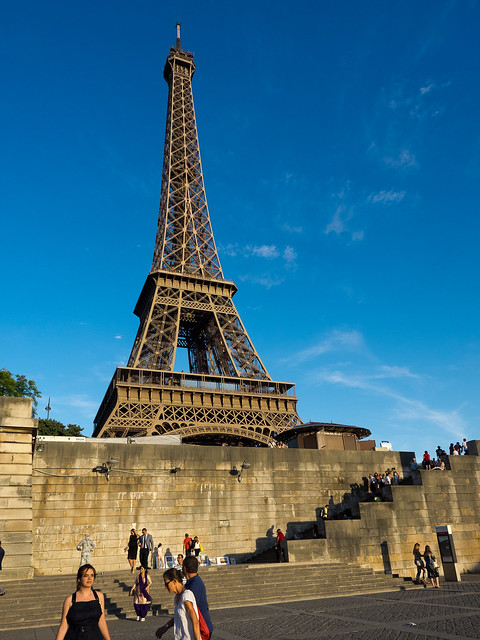 However, we just wandered around the area of the Eiffel Tower and took quite a few photos. We ended up by the Seine’s banks and observed the many boats moored at this point in the river. The tourist Batobus was just docking as we crossed over the river. Behind the Batobus were the ticket offices for Batobus and the Bateaux-Mouches river tours. 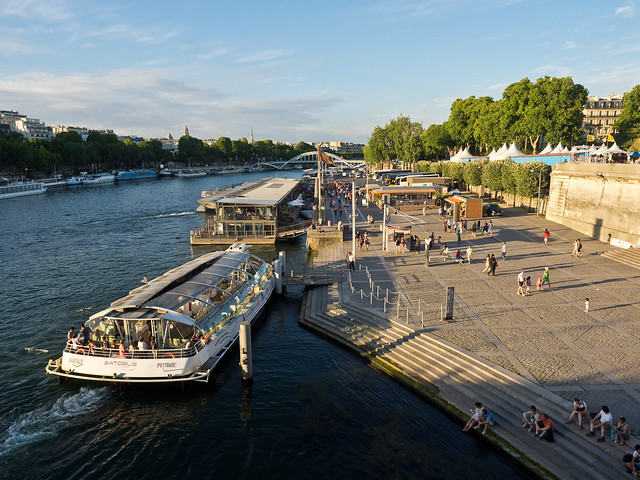 On the other side of the river was the Trocadero. Being a Sunday evening, there were plenty of Parisians and tourists lounging on the grassy areas and around the grand fountain. 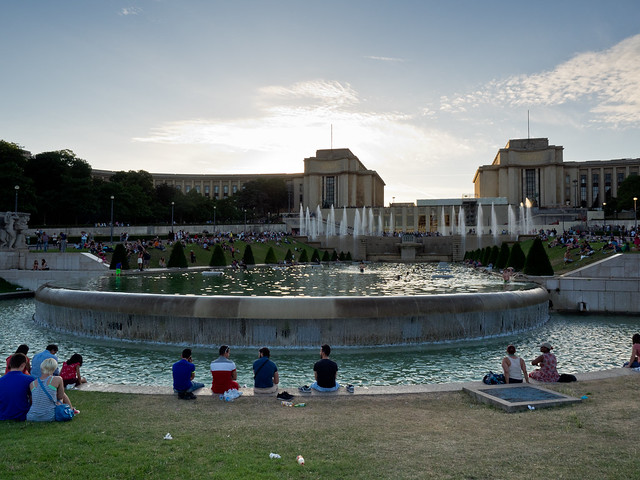 The sun was finally setting on this hot, hot day and it was finally comfortably warm. Tour groups were walking back and forth in the area. We even saw a couple of Korean ladies in traditional Korean garb. That grabbed the attention of a lot of folks who ran up to them and took photos with them. Up above the fountain towards the buildings of Trocadero, there was the standard assortment of water bottle and trinket vendors. I felt like I could trip over any one of the vendors and they would demand money just for tripping over them.

We weaved passed the vendors and stumbled upon a Sunday night tango session in a quieter corner. Ah. This must be Paris with the energetic tango beat in the middle of a bustling tourist area. The sun was starting to set and we were now starting to tire. Plus, I had been in my back brace all day since I had just thrown it out the day before. It was time to walk to the closest Metro station and go home.

We looked back towards the Eiffel Tower one more time. A golden light that was now falling upon the tower with the early moon rising in the eastern sky. It was worth the long evening walk to see the Eiffel Tower. 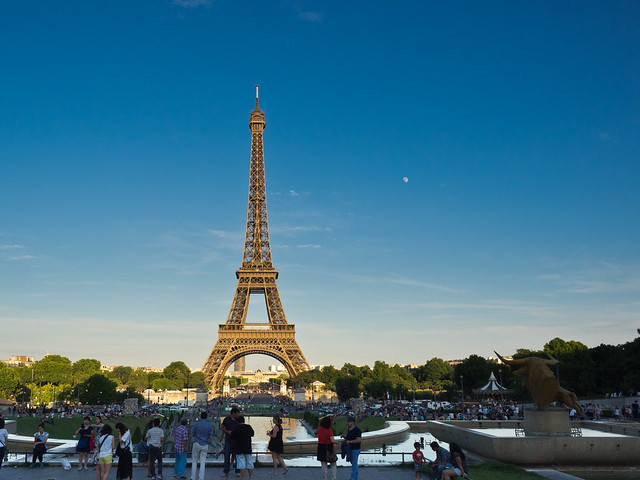