June 30, 2015 (Tuesday) – Our fifth day in Paris started with a visit to the Musée d’Orsay. It was a 30 minute Metro ride on the green Line 12 from our Marcadet-Poissoniers. Even though we got to the Museum early, it was already a long line-up to get into the d’Orsay. We had our Paris Museum Pass that allowed us to go through a different line. However, that line was just as busy as the regular ticket line this morning.

Anyone who’s taken a French language class would have also been exposed to the great Impressionist artists. We had already seen Claude Monet’s Nymphéas the day before at the Musee de l’Orangerie. Today, we saw even more Monet. The Lady with a Parasol would be one of his famous works.

Another one of Monet’s unique works is his two-piece Lunch on the Grass. I never realized that the painting was in two parts and that one part was long and tall while the other was almost square. It creates a very unique diptych.

There were also a few famous Van Goghs. In particular, every one was trying to take a photo with the portrait of the artist himself. I wonder if he painted this before or after he cut off his ear? 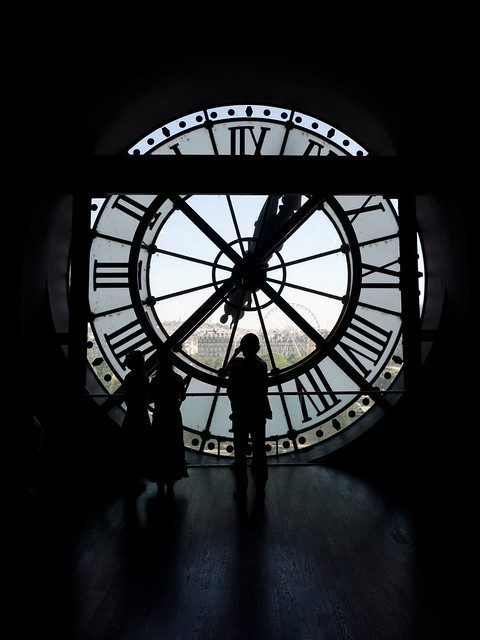 One of the recommended routes to take through the d’Orsay is to go to the top first. At the top, we came across one of the clock faces that look out over the River Seine and the Tuileries Gardens on the other side. The Musée d’Orsay used to be the former Gare d’Orsay train station. That was yet another reason for this train/transit ethusiast to visit this grand old Beaux-Arts building.

Right down the middle of the building is the grand hall of sculptures. This hall is where trains used run underneath the grand glass canopy. Nowadays, it is full of sculptures from various artists. A tiny version of the Statue of Liberty can also be found at one end of the hall. 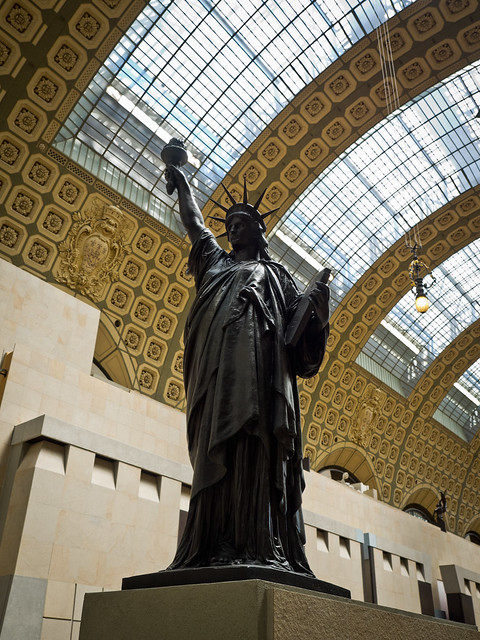 We had come to the museum this morning without grabbing breakfast. So we were getting really hungry. There was a nice looking dining space on one of the upper floors, but it wasn’t open when we had passed by. 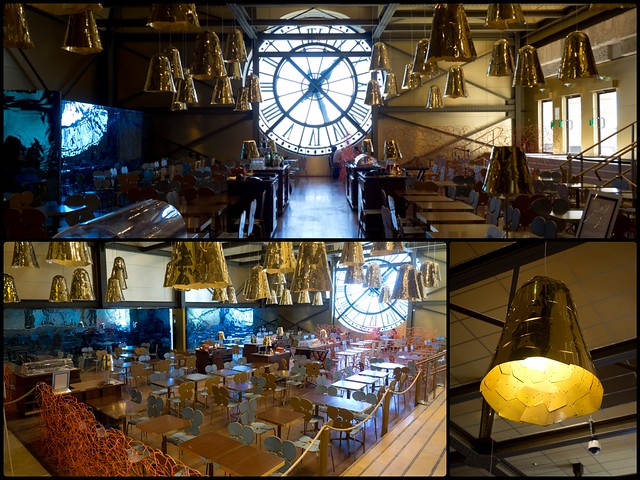 So we grabbed a little food down on the ground level right by the polar bear statue. This was the Cafe de l’ours, or the Bear Cafe. We just needed something quick and tasty. It also seems like freshly squeezed orange juice became a theme of our dining in Paris. It seems to be available everywhere. I just couldn’t get enough of the jus pressé.

After a long wait to enter the cafe and get our food, we were recharged and explored more of the Musée d’Orsay. The grand main hall allowed us access into the little nooks and crannies just to the side. The hall itself, though, is worth just sitting down and taking in the grandeur. 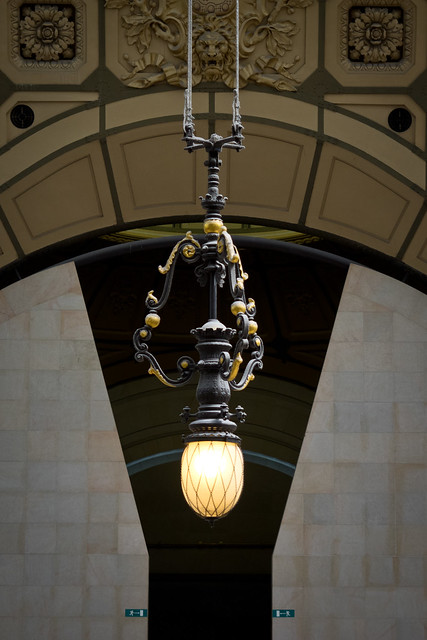 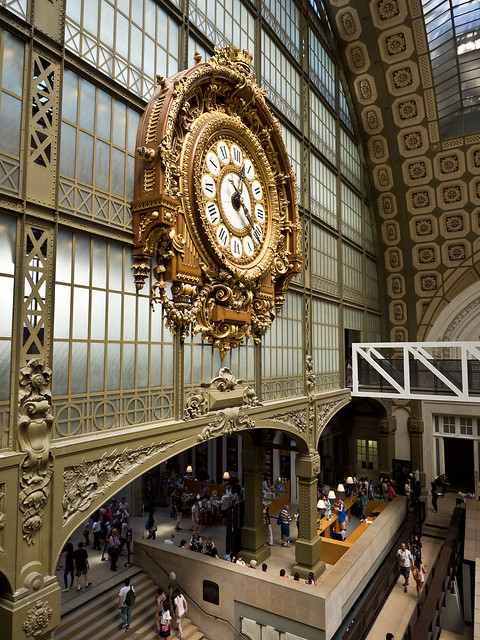 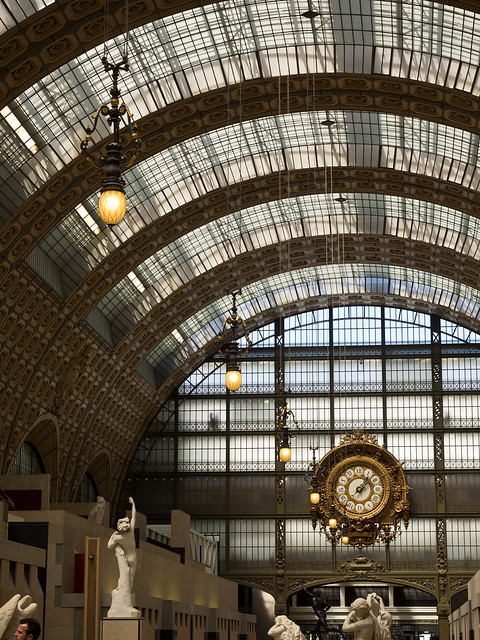 As with much art, nudity can play a prominent part. There was a whole section of paintings devoted to nudes. Many of these were paintings meant to portray Greco-Roman goddesses, like Venus, or ideals. For example, there nude portraits of Truth, Youth, and Love. 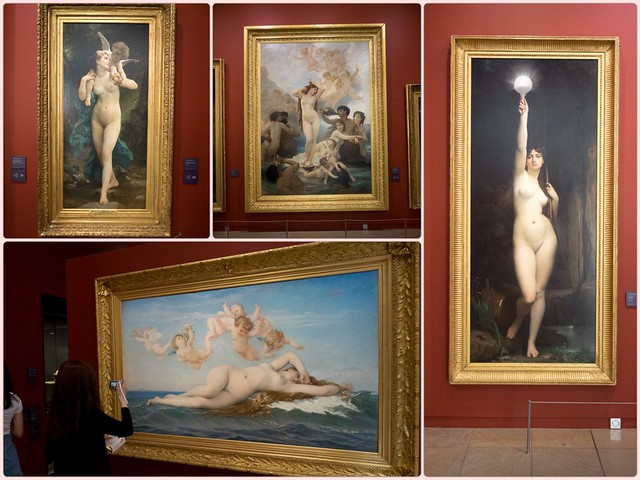 The last painting that left an impression on me was probably not a famous painting, but it was so realistic that I thought it was a photograph. 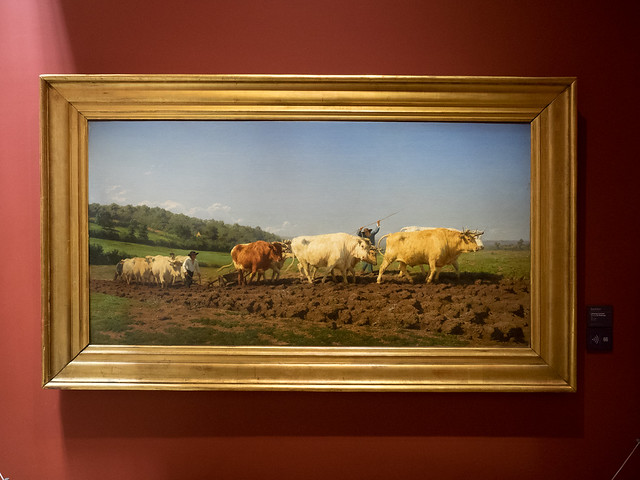 Up close, it is undoubtedly a painting. From further back, you could easily be deceived and think it was a photograph. The colours and textures of the sky, ground, and animals are just so realistic.

So after a long morning in the Musée d’Orsay, we went back outside and the queue was even longer than the morning. The summer sun was out in full force and the heat was on in another ~35°C Parisian afternoon. No time to dawdle, though. We had another destination lined up for this day. Next stop – The Rodin Museum.

One thought on “D’Orsay Morning”