July 1, 2015 (Wednesday) – This past Canada Day was spent in Paris. More specifically, we headed out to the famed Chateau de Versailles just outside of Paris. We got up early in the morning and grabbed a quick breakfast at the nearby Atelier Jules. Then we were off on the Metro and then onto a RER train to head out of town. It was already very warm and it would be sweltering record temperatures for the rest of the day.

Thankfully it was a Wednesday and the crowds were likely thinner on this hot midweek day. However, the line was still significant and snaked down one side of the courtyard and back up its middle. The gold-gilded palace gates were meant to keep riff-raff out, but it was also beckoning us modern day tourists to come on in. 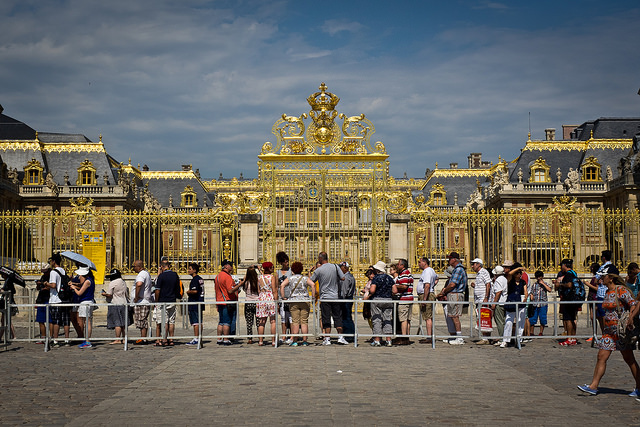 Once in, we snaked our way into the palace itself and started to explore the various rooms. Early on, we found the chapel, but no body could go in. There were plenty of high ceilings complete with artwork plastered everywhere. This was definitely the lap of royal luxury in its day. No wonder the French Revolution happened. 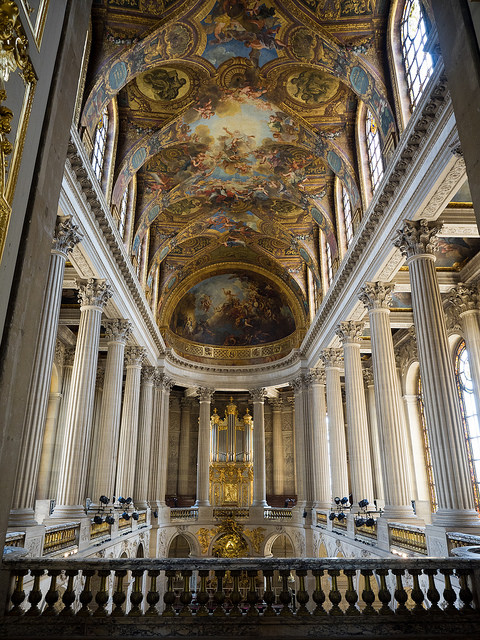 Room after room, there were gold-gilded trim and giant paintings on the ceilings and elsewhere. Such opulence on display. Oh how the Kings and Queens lived in the day. Even the handles to open the windows were finely crafted with the King’s monogram embedded within.

One of the most famous rooms in the Chateau is the Hall of Mirrors. The famed Treaty of Versailles was signed within this very room under the huge chandeliers. It’s a shame that it was filled with so many people on this day. Oh summer in France.

Then there were the many sleeping chambers. Now those were fancy bedrooms complete with decorated canopies and fine fabrics.

After having our fill of the Chateau itself, we ventured outside to explore the very expansive grounds around the Chateau Versailles.

One thought on “A Day in Versailles – in the Chateau”