The core of the Montreal’s Metro has been in place for many decades. When I first visited Montreal back in 1994, the 4 main lines were already well established. Since 1994, only 3 more stations were added to the Orange line. That extension started to connect Laval to the island of Montreal via Metro. 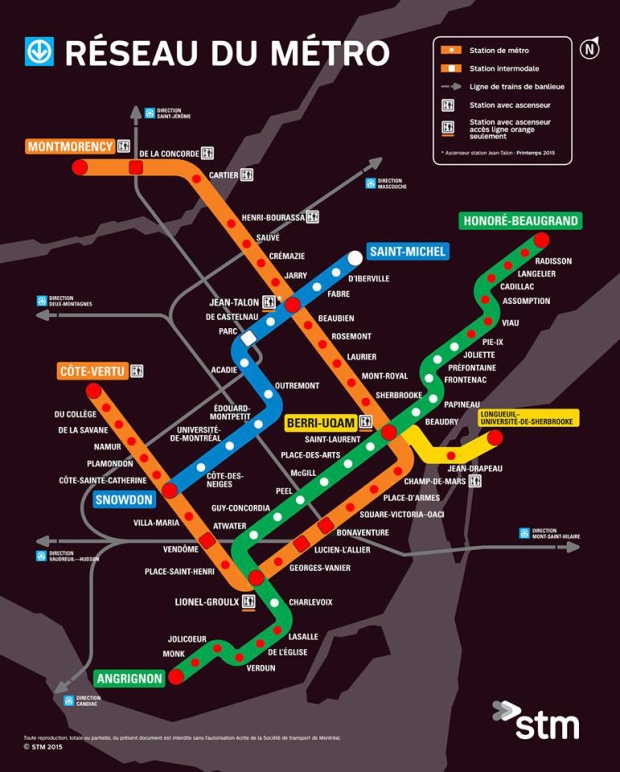 However, these new plans are staggering. The new plan is called the réseau électronique métropolitain, or REM. Société de transport de Montréal (STM) along with the Caisse de dépôt et placement du Québec (CDPQ) is planning a huge 67 kilometre system that could start construction as early as 2017. It will be the 3rd longest automated electric rail system in the world once it’s built after Dubai and Vancouver. It’s SkyTrain-like technology will allow trains to arrive more frequently. The plan is to have frequencies of every 3-6 minutes along the main trunk line of the REM. That’s only possible because of the automation part of the project.

For more information, visit the links below.