After walking from the Olympic Village and snaking my way up to Broadway, I finally went south of Broadway. The Burrard Arts Foundation (BAF) was my first stop.

This small art gallery had been done up in mostly graffiti style murals, but there was at least one First Nations themed piece and one that I can’t quite describe.

END_OF_DOCUMENT_TOKEN_TO_BE_REPLACED

Matsuri is the Japanese word for festival. Summer is the season for matsuri in Japan. It’s also this past long weekend that the 39th Annual Powell Street Festival was held down in Japantown. I missed last year’s edition that was kept out of the usual Oppenheimer Park location by a tent city. This year, the festival was back into full gear in the park.

Here’s a few photos from this year’s Powell Street Festival. 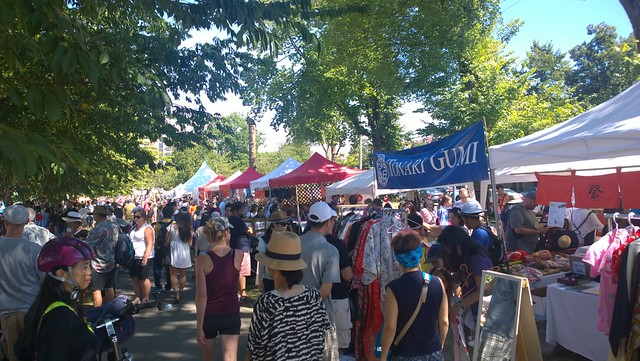 END_OF_DOCUMENT_TOKEN_TO_BE_REPLACED

Rainy Otaru – maybe rainy is an understatement for what I experienced on my last Saturday in Hokkaido. It was a downpour. We had always planned to visit Otaru because of the Ushio Festival that happens every summer. The festival is one of the events we had planned on visiting even before coming to Japan. However, we did not anticipate the heavy summer rains that would last almost all day in Otaru. 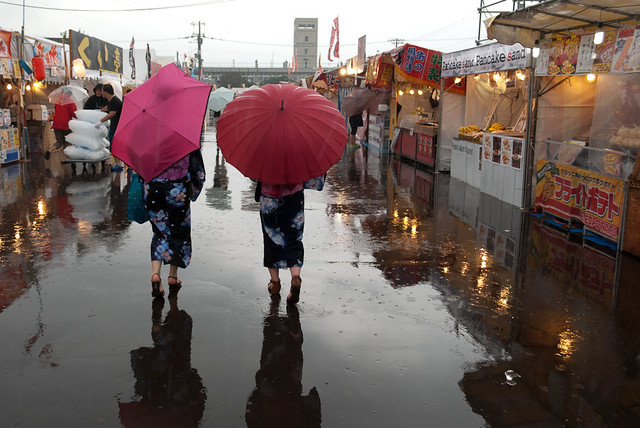 END_OF_DOCUMENT_TOKEN_TO_BE_REPLACED

More and more these days, I keep hearing about Austin, Texas. Before this year, I didn’t know very much about the small capitol of the Lone Star State. However, Austin seems to be climbing in status and stature in the US. Many major companies and international events call, or are starting to call, Austin home.

The big event going on in Austin right now is South By Southwest 2012 on from March 9-18. South By Southwest, or simply known as SXSW 2012, is the largest confluence of music, film, and interactive industries in the United States. There is no festival quite like SXSW. For the past month leading up to SXSW 2012, I’ve seen all sorts of ads on websites asking you to visit their booth at SXSW.

Austin ranks high on Richard Florida’s Creative Cities list. Austin is home to the University of Texas in Austin. This attracts money for research, innovation, and new companies. Austin ranks high on factors that attract people who belong to the Creative Class. It’s become a high tech hub of innovation in Texas. Software companies, like Trilogy, promote fun, creativeness, and individuality. All this attracts people who belong to the Creative Class into Austin.

In an article by Richard Florida in the Washington Monthly, he talks to a young man from Pittsburgh who decides to move to Austin to join Trilogy.

I asked the young man with the spiked hair why he was going to a smaller city in the middle of Texas, a place with a small airport and no professional sports teams, without a major symphony, ballet, opera, or art museum comparable to Pittsburgh’s. The company is excellent, he told me. There are also terrific people and the work is challenging. But the clincher, he said, is that, “It’s in Austin!” There are lots of young people, he went on to explain, and a tremendous amount to do: a thriving music scene, ethnic and cultural diversity, fabulous outdoor recreation, and great nightlife.

Austin is also the home of the giant organic supermarket chain, Whole Foods Market. So that helps to set Austin high up on the sustainability charts. Whole Foods has extended their food empire with stores in the US, Canada, and UK.

The other event that makes me think of Austin is the new F1 US Grand Prix at the Circuit of the Americas just outside of Austin. Formula 1 auto racing has been absent from the United States for many years now. But come this November, Formula 1 will once again be on American soil. The circuit is still being constructed, but the Formula 1 world and Austin must be getting revved up for the inaugural event.

Circuit of the Americas, Austin, TX

So before this year, I didn’t really know much about the Texas capitol. But it’s obviously a smaller city with an up and coming future. It is one of the places to be in the US now. I’ll see if I ever get a chance to visit Austin in the future. Maybe I’ll even attend of the big events. We’ll see.