What do you do when you’ve just witnessed your cousin bring the bride home for a traditional tea ceremony and you have a few hours to kill before the wedding banquet? I don’t know about you, but my sister and I went for a long walk down to the Hong Kong waterfront, namely the Central Ferry Piers.

My sister and I walked down from our uncle’s place in Sheung Wan and navigated our way through the narrow streets and pedestrian overpasses. Most people come to the waterfront for a view of the harbour and the “less developed” skyline of Kowloon. We arrived at a fork in the overpass. To the left was the Macau Ferry Terminal. Straight ahead across the harbour was the Financial Commerce Centre (FCC) Tower in West Kowloon. To the right was the Central Ferry Piers. Neither my sister nor I had been down this way, so we decided to head to the piers.

As we walked along the pedestrian overpass on this bank holiday in Hong Kong, we passed by large groups of people camping out on the overpass on cardboard boxes. These weren’t homeless people. They were mostly women from Indonesia and the Phillipines. These were likely a ragtag collection of domestic workers from across Hong Kong. Most were laughing happily with their friends as they must be recounting the week’s events or reminiscing about their home countries. No photos here because I just didn’t feel like sticking my lens into people’s faces at this time. 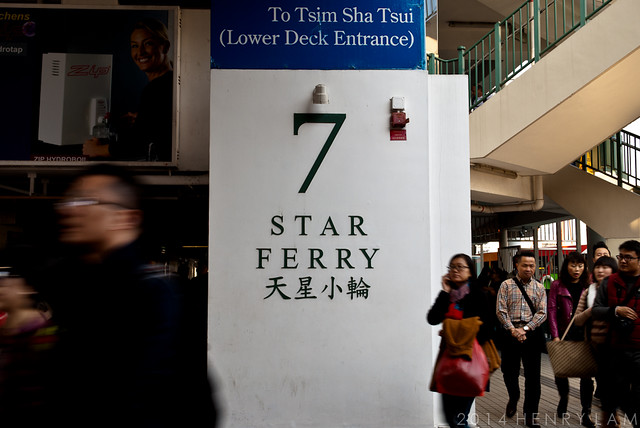 We then arrived at a collection of piers along the Central waterfront. The piers are serviced by the longstanding ferry services to various parts of Hong Kong. The most famous of these ferries is the Star Ferry. This is the much romanticized vintage ferry that still plies Victoria Harbour. My personal connection to this ferry is that my grandfather used to work for the Star Ferry collecting fares way back in the day.

By this time, the sun was shining brightly on this New Year’s Day. I was starting to sweat as temperatures were in the high teens and sunny. The night before I was shivering in the apartment, but now I was sweating as we walked along the waterfront. It’s hard to dress properly in the winter in Hong Kong.

Apart from the Star Ferry, there were many ferries that serve the numerous, smaller, outlying islands. These are popular weekend getaways for the urban locals. However, plenty of people live on these outlying islands that must commute into Central for work everyday.

We walked to the last couple of piers on the east end. These two piers appear to be open to the public and look like some of the places I’ve seen in some Hong Kong TV shows. I can see why it would be a popular place to film – harbour view and plenty of space. 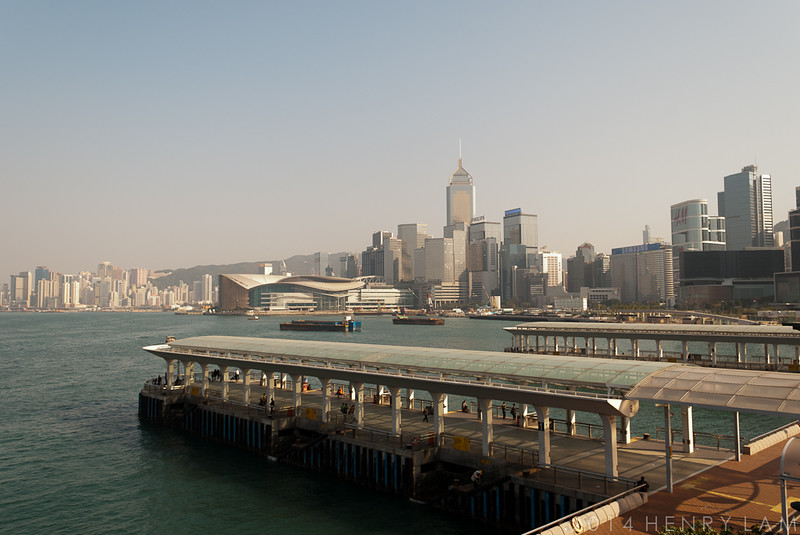 The whole pier area looks like pretty new and is likely on reclaimed land. Land reclamation is about the only way that Hong Kong creates new space in a very tight urban space. From what I understand, the retro clock tower building at the current Central Pier is a replica of a previous Star Ferry terminal. It is by no means the original structure. 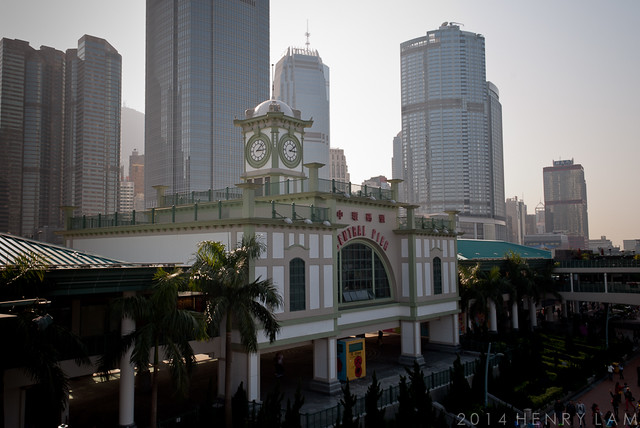 We discovered that Pier No. 8 here is the Hong Kong Maritime Museum. It took us a while to find the museum entrance. We only had an hour or so to take in the museum before it closed. We didn’t think we’d be coming back this way. So we decided to go in and see what was there.